Right now I’m sitting on the hardwood timber floor of our loungeroom, the pedestal fan blowing across my skin with all its might. As is typical of Queensland weather, the temperatures have fired up over the Christmas period, with today sitting at a rather steamy 33 degrees. To escape the heat my husband and I will be heading to one of our favourite little discreet hideaways to take a dip in the ocean, but before we do, I thought I’d take a moment to thank each of you who have read my blog and supported my work this year. It’s been a fantastic 12 months, and I’ve achieved quite a few things I set out to.

So here’s a quick recap!

March: After 9 months of planning, myself and a friend launched Brisbane’s first domestic violence memorial – a permanent tribute to the men and women lost to this despicable form of national terrorism. This memorial was very personal for both Bonnie and I, as we wanted to create something that not only drew attention to the issue of DV, but also permanently honoured victims in a way that was positive. We also raised money for Women’s Legal Service, to help current victims with the support they need.

With the support of Lord Mayor Graham Quirk and several amazing anti-domestic violence advocates, the memorial – along with a beautiful flowering tree – were erected and opened in Emma Miller Place (Roma St) on March 30th. We hope it will continue to be a place of peace for the families of those affected.

April: I got to meet the lovely, talented, musical genius Tuka! I love Tuka’s music, because not only is he a wonderful storyteller, but he doesn’t rely on all that fake ‘I got money and hoes’ bullshit to try and gain fans. And that’s always a nice thing 😉

June – September: During this period I had several articles published through Newscorp, which had far greater success than I imagined. I wrote several articles about child sex trafficking/exploitation issues across South East Asia, including: ‘‘Do you think we’ll pay for the bad things we’ve done?’ Revelations of Aussie sex tourists in Thailand‘.

Written after speaking with a young Australian man who rescues exploited children from SE Asia (who I’ve known for several years and can personally verify the work he has done), it was our aim that Dan’s experiences would give greater insight into why some western men travel overseas to purchase girls and young women for sex. Both disturbing and fascinating, the men’s reasons often seemed to stem from broken relationships and a loss of identity.

As would be expected, the article really triggered a nerve with a lot of people, and was read by 90K people in its first 4 hours online! Understandably, I received a bit of extra attention from trolls during this time (including some uneducated people who thought I was trying to ‘build a career off the back of prostitutes’), but fortunately I also connected with many readers who were grateful to hear of what men such as Dan are doing to help young women overseas, and who were also doing amazing things themselves to make the world a better place for exploited women. Many of these people who reached out to me were men.

Note: to read my response as to why I wrote this article, and my history with supporting exploited women, click here: What happened when I chose to write about Aussie sex tourists in Thailand.

During this time I was also extremely grateful to have the opportunity to interview former Victorian police officer and private investigator Glen Hulley, who now runs the organisation Project Karma. Based in SE Asia, Project Karma are quite unique as they work with local police and governments (across Indonesia, Thailand and the Philippines) to not only take down paedophile rings, but to also equip locals to better address child exploitation. Their focus is on empowering SE Asian communities to implement Project Karma’s ‘Sentinel Model’, so that they can tackle these issues without the need for constant help from western countries.

The response to my article, ‘‘It’s not enough to just rescue victims’: The Australian taking on southeast Asia’s paedophile rings,’ was not only a huge success with Australian readers (many of whom wanted to nominate Glen for Australian of the Year hehe), but also helped raise $7000 in the first 24 hours! Both Glen and I were blown away, and couldn’t have asked for a better response from the Australian public. Thank you again! 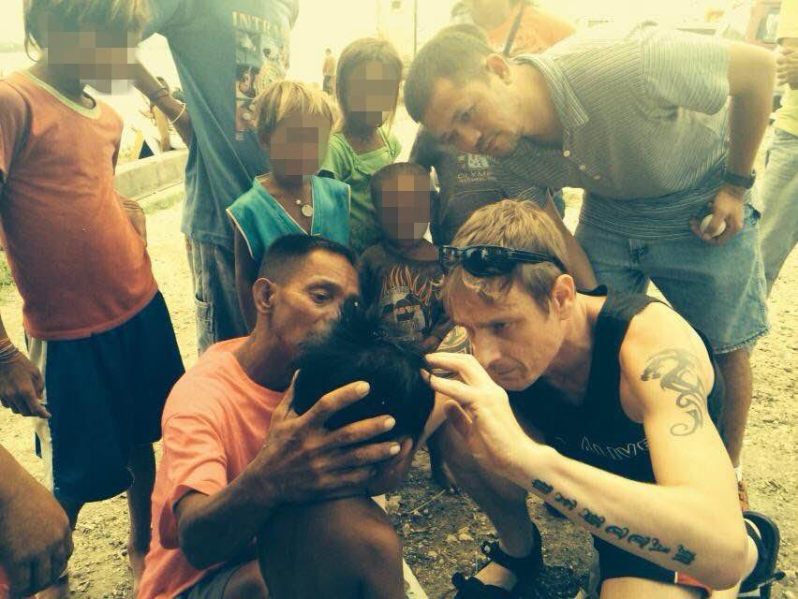 December: I was honoured to have the opportunity to interview Senator Derryn Hinch about his upcoming plans for 2017, including the fight to seek justice for victims of the prolapse surgery industry (despite this dangerous plastic mesh being banned in Scotland, and 100K US women suing over complications, it is still available in Australia). Senator Hinch will also continue his fight to have convicted child sex offenders stripped of their right to travel overseas, and to be added to a national public register.

On top of this, I am also continuing work on a secret project of mine – which has already had support from several very well known Australians. I can’t wait to reveal more about it, so make sure you keep an eye on my Thoughts From Jas Facebook page!

Thank you again to each of you who have been a part of my blog journey this year! To read more of my 2016 blogs and articles, click below!

Have a wonderful new year!