One year ago today, myself and a friend created and opened Brisbane’s first domestic violence memorial. It was a significant day, as it also marked the 6th anniversary of the murder of a young Brisbane mother, Bianca Faith Girven, who was killed by her boyfriend in 2010.

Unfortunately, there have been so many women, and a number of men, killed through domestic homicide since this time last year. However, there have also been improvements. Bianca’s mother, Sonia Anderson, has continued to work tirelessly in her fight against domestic violence, and was not only instrumental in the implementation of QLD’s 2016 non-fatal strangulation laws, but was also part of the successful recent push to have tougher domestic violence bail laws introduced.

Today, in honour of Bianca’s 7th anniversary, and all those who’ve been murdered at the hands of someone who once said “I love you”,  I ask you to commit to #NeverStaySilent in the face of domestic violence. 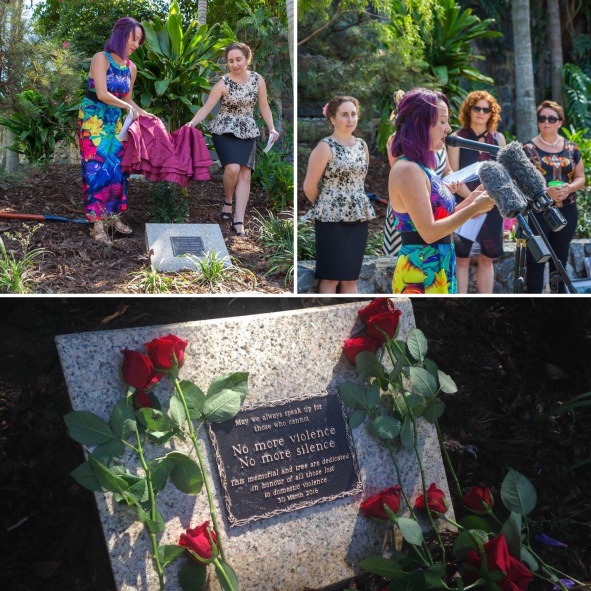 Ways To Show Your Support

If you hear or see something, please call the police

If it’s safe for you to do so, speak up when witnessing domestic violence against someone, or offer a safe place for a victim.

AND REMEMBER – Domestic violence is not always physical. Isolation, gaslighting, manipulation and control are all forms of abuse, and they happen to both men and women.