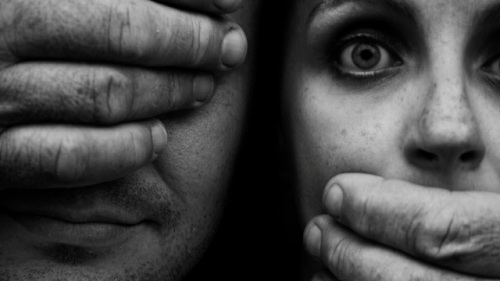 As we walked through a peaceful rainforest on the weekend, my husband and I reflected on the beauty and serenity around us. “Wouldn’t it be awesome to live near here and do an early morning run every day before work?” he asked. “Yeah definitely,” I mused before adding, “but if I was by myself, I probably wouldn’t.”

As someone who believes women have a right to go where they like when they like, my husband was somewhat confused. “Really, you wouldn’t go alone?”

It made me sad that as a woman, I constantly modify my life to try and ensure my safety at all times, in all situations – lest I be attacked and then blamed for ‘not being more careful’. But I’m not the only one; most women admit to modifying their walking routes, their clothing, their exercise routines, or carrying their car keys, not listening to music while walking, and all types of other precautionary actions – just so they hopefully don’t get raped or murdered.But really, what good does it do? Women are raped and murdered during the day, at night, and most often in their own homes by someone they know. And it fucking sucks. It sucks that our lives, our adventures and daily routines, and even our home lives, are limited by the realisation that we may be raped, murdered or abused for simply living our lives.

The horrific reality is, that even though men are also victims of domestic abuse and random acts of violence/murder, rarely do they worry for their safety when out for a bush walk or walking a short distance to their cars at night. Rarely are they murdered by the woman who claims to love them, or a random female walking the streets.

I was reminded of this on the weekend, as I turned on the car radio and heard the horrific news: 2 women murdered in unrelated incidents, allegedly by men ‘known to them’.

Why is it that Australia has so many men who are comfortable, brazen, in raping or taking the lives of their wives, girlfriends, children and women in the street?

Time after time women have the responsibility for their safety put back onto them.

Australia, let’s be honest: we have an epidemic form of terrorism in our country, and it’s not extremist terrorism; it’s male violence toward women and children.

In Australia, men are killing women (and sometimes their children) every week, and yet it feels nothing is being done. Since the start of this year, 23 women have been murdered in our country (only 2 of the perpetrators were female).

By comparison, 4 men have been murdered by females. I do not draw attention to this in order to make light of the murder of these men, but instead to draw to attention the reality, which is this:

When people discuss the epidemic of male violence toward women, it’s because it is exactly that. It is a fact.

Australian women are killed every week, in their own homes, in public, in the day or the night. And yet what is being done?

I can tell you what. Our legal systems keep letting violent offenders out of jail. Men like Adrian Bayley – who raped two women weeks before raping and murdering Jill Meagher in 2012 – was out on parole at the time for a string of other sex offences. Grown men like Rowan Wild – who apparently watched his two cousins gang rape a 14 year old girl – is given bail, along with his relative Brodie Wild, because they only participated in the abduction and ‘viewing’ of the rape. Pedophiles like Warren John Ugle are allowed out and into the community over and over, despite their repeat offending. Men like Geoff Hunt, who killed his wife and children in cold blood, is reported as simply ‘having snapped’, and his wife criticised for putting too much ‘stress’ on him. Our governments pose for photos with advocates like Rosie Batty, while simultaneously cutting funding from women’s shelters.

The routine, horror killings/rapes of women and children at the hands of men they knew – or didn’t – goes on every week. And every time, you see particular men who respond to news reports with:

“Women are just as violent.”
“Men get abused too.”
Women can be killers as well.”

As much as I am an advocate for ending violence against women as well as men, the truth is: No. Women are not as violent as men.

Men are not being murdered at a rate of 1-2 EVERY single week by a female partner or woman they know. Men are not picked off and killed by a random woman every single week in Australia. Men do not go for a walk at night, or in the early evening, or walk to their car in a dark car park and fear that a woman might jump out and murder them. Men do not adjust their body language, their clothing, their walking routes, to avoid being harmed by women.

Any man who feels offended when people discuss women being murdered by men, needs to check his ego. If you’re not a rapist or murderer, if you don’t support archaic views that see women as sexual objects worth less than men, who deserve to be raped or murdered for what they wear/being out at night, then you shouldn’t be personally offended.

As this article from Jenni Hill – a defensive and advanced driver training instructor – notes: “Why don’t men mind being told most bad drivers are men, yet are apoplectic with rage when told most perpetrators of violence against women are men?

“Never once, in hundreds – perhaps thousands – of such discussions, has any driver found it necessary to remind the group that “not all men” do the wrong thing when they’re in charge of a car. If they’re a good driver they know it and don’t need to defend it, and they certainly don’t need to defend other men.”

Why is it that when a man is tragically killed through alcohol fueled violence, laws can be swiftly changed and maximum penalties doubled, but nothing is being done for the tens, and tens, and tens of women murdered every year? Why is it that when a few people are attacked by sharks, we immediately rage about trawling the oceans and culling these ‘killers’? The former aren’t issues that deserve to be ignored either, but why is the weekly slaughter of women the crime/tragedy that goes on without change?

I am just one of the many who are fed up with our country continuing to cut funding from women’s shelters, to continue letting offenders off lightly, to continue letting pedophiles and rapists and murderers out on bail, and then blaming victims for the actions of violent men.

I am just one of many, who will keep talking about this publicly, until our government, our country, finally do something.

Note: If you want to do something, a good place to start would be supporting this petition to stop the release of dangerous sex offenders.

You can also view my up to date research on the deaths of Australian men and women in 2016 here and here.

Thank you to Australian Regional Media for publishing a shortened version of this blog online.