6 months ago my husband left for an Army deployment, and suddenly, I had to face the fact that I was about to become a solo parent.

I had no idea how I was going to make it through that many months without him. Sure – 6 months might not seem like long to a lot of military spouses, but to me – a relatively new mum – it seemed like forever.

I knew it was going to be rough doing it on my own with a 6month old baby, so I decided to move back to my hometown to stay with my mum. I remember arriving, wondering how I was going to cope with being back in ‘boring’ old Coffs Harbour.

Small towns…they can be, well, pretty boring when you’re growing up. (Especially when our claim to fame is ‘the Big Banana’! hehe).

But as I soon rediscovered, they can also be incredible communities. Whether I was catching up with close friends or those I’d not seen since I was a teen, or looking for someone to help me with babysitting, it seemed there was always someone who was there if you needed. 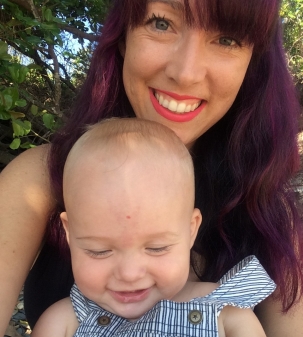 When depression hit me like a ton of bricks earlier this year, I felt all those old habits from years ago creeping back. I stopped answering calls for a few days. Deleted my social media. Didn’t want to see anyone.

I felt isolated, but I was responding by isolating myself further (yes, yes, dumb I know). It was only a few days, but I knew it wasn’t healthy.

The next thing I knew, two of my neighbours were outside the house checking on me. Apparently my mum had called them to ask if they had seen me around lately, as I hadn’t been answering my phone – so they came to check on me. Embarrassing as this was at the time, I was also grateful to know that my neighbours cared so much.

To get out of the fog, I knew I’d have to force myself – even when I didn’t want to. So I started driving around to different community organisations to talk to them about my book (Reasons To Live One More Day, Every Day: Stories of triumph from Australians who refused to give into darkness).

Every day, I’d back bub in the car and we’d hit the streets, chatting and making connections with local businesses. Not only did it help to keep my depression away, and keep my son entertained, but it also had another unexpected result…I was running out of books! Unlike the response I’d had in other places, people in my hometown of Coffs Harbour really connected with my message, and my mission to help stop suicide.

From hair salons and cafes, to psychologists, physios, hospitals and high schools, my book was suddenly stocked in an array of places; waiting to inspire hope within whoever might randomly pick it up. I couldn’t believe it! The message was getting out there. I was also fortunate enough to be invited to share my story at several local community/mental health groups. 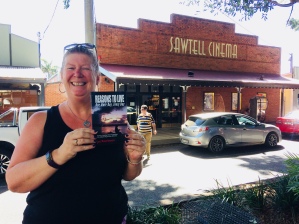 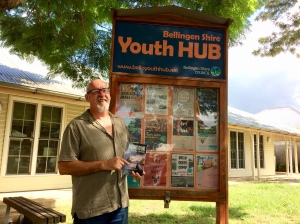 More than that, however, nearly every person I spoke to either had a personal story of struggling with their mental health or knew of someone who had died by suicide. Some stories left me in tears. Beautifully, though, it also showed me that we’re all in this together.

While it’s great to be back in Brisbane and to have my husband home, I’m going to miss my banana-crazy hometown of Coffs Harbour (Don’t believe me? They even have a bank named ‘banancoast credit union’! TRUE STORY).

Yes, I’ll miss the stunning sunsets and turquoise beaches…the space and freedom of living in the mountains. But most of all, I’ll miss the community that I rediscovered while living back home.

If you’re keen to meet up and hear more about my new book ‘Reasons To Live One More Day, Every Day,’ I’d love to see you at my Dymocks Chermside Book shop signing on July 21st!