Earlier this year I wrote an article on the music industry and how in the past few decades, it has shifted towards a familiar pattern of glorifying sexual violence, misogyny and objectification. I stated that I believe the industry needs a giant overhaul and better regulation of what is truly music, and what is merely rape set to a soundtrack.

What I have recently begun to notice however, is how many ‘celebrities’ in the music, fashion and entertainment industry have remained in the limelight and retained their status despite horrific behaviour in the past.

The sexual abuse of children, the verbal assault of women at their concerts, the harassment of young models, the trafficking of women, the condoning of fans to make rape threats against women who try to express an opinion…these are just some of the physical, emotional and verbal crimes committed by respected ‘artists’ in the industry.

Fans have typically argued that artists should be separated from their ‘art’ (which they consider to be an act/alter ego), but when an artist is known for breaking the law by inflicting physical, sexual and emotional abuse on an individual in their personal life, all the while getting richer, I believe it is wrong beyond belief to support that individual.

What disturbs me even further, is how many strong, influential women have agreed to work with such ‘artists’, and continue to do so despite knowing what these individuals have done (and I say ‘knowing’ in the sense that I find it difficult to believe they would not be aware of these facts given that the public themselves are aware).

Below are a list of celebrities that I will never listen to, support or endorse. I really encourage you to become aware of who these people are and what they stand for. Ask yourself the following: ‘If I were one of their victims, how would I feel seeing them praised by society as a celebrity? How would I feel knowing that they are making millions of dollars while I struggle to put my life back together.”

That cheesy smile, the signature thumbs up, the classic black and white shot…

Oh, and the carefully thought out sexual-assault strategies…

“From asking models for their used tampons to make “tampon tea” to forcing prepubescent ones to perform sexual acts on each other (the cherry on top; they allegedly both couldn’t speak english), Richardson is a heartless monster that we continue to praise. Because everyone seems to think sexual assault in the fashion world is just as normal and acceptable as anorexia and drug abuse, this photographer will continue to make bank while destroying the lives of young women forever.”

If you google ‘Terry Richardson rape’, over 269,000 results appear. And this isn’t just a case of people whinging about a guy – Richardson has himself admitted to being an abuser, with casual remarks about how he coerces girls into getting naked and giving him hand/blow jobs.

“A lot of it starts with me saying to a girl, ‘Do you want to do nudes?’ And they’re like, ‘I don’t want to be naked. So I say, ‘ I’ll be naked and you take the pictures. You can have the camera. You can have the phallus.’” Everyone, including the assistants, was always armed with a camera. And since I’m in so many of the pictures, aren’t I objectifying myself a bit?”

He also admitted to making girls perform sexual acts on him in order to progress in their modelling careers:

“It’s not who you know, it’s who you blow. I don’t have a hole in my jeans for nothing.”

And that’s not the worst of it. His portfolio includes images of girls in trash cans performing oral sex on him and women wearing diamond encrusted ‘slut’ tiaras (this was his intern, who he said was a ‘rich girl wanting some culture’. The young woman can be seen in many of his images giving him blow jobs – and whether this was her idea or his, it doesn’t make it any less creepy or sad.

In good news, there have been many models and young women who have spoken out about Richardson and his abuse, such as Jamie Peck, who was 19 when she worked with Richardson.

“…He spoke in the effeminate tones of someone trying very hard not to come off as sexually threatening despite the fact that he was basically walking around in a hipster pedophile costume…Before I could say “whoa, whoa, whoa!” dude was wearing only his tattoos and waggling the biggest dick I’d ever seen dangerously close to my unclothed person (granted, I hadn’t seen very many yet). “Why don’t you take some pictures of me?” he asked. Um, sure.

“I can remember doing this stuff, but even at the time, it was sort of like watching someone else do it, someone who couldn’t possibly be me because I would never touch a creepy photographer’s penis. The only explanation I can come up with is that he was so darn friendly and happy about it all, and his assistants were so stoked on it as well, that I didn’t want to be the killjoy in the room. My new fake friends would’ve been bummed if I’d said no.” 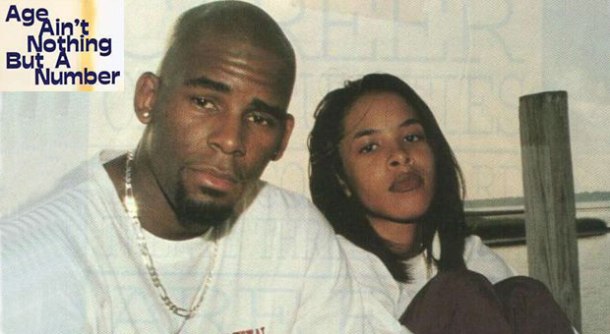 Yes, the man celebrated for his gross odes to female genitalia, has actually also been outed as a rapist. While the charges and cases were made public many years ago, I believe that the recent growth of social media and the internet has been responsible for the sudden explosion of media who are finally paying attention to Kelly’s history.

While teenagers were crooning and gyrating to ‘Ignition’, their money was funding a man known for assaulting underage girls, recruiting young women, making them endure humiliating sexual acts, and then forcing them to have abortions when they became pregnant. In an interview with The Voice, music journalist Jim DeRogatis revealed the horrific things that Kelly put many young women through.

“You watch the video for which he was indicted and there is the disembodied look of the rape victim. He orders her to call him Daddy. He urinates in her mouth and instructs her at great length on how to position herself to receive his “gift.” It’s a rape that you’re watching. So we’re not talking about rock star misbehavior, which men or women can do. We’re talking about predatory behavior. Their lives were ruined. Read the lawsuits!

“They (the victim statements) were stomach-churning. The one young woman, who had been 14 or 15 when R. Kelly began a relationship with her, detailed in great length… a sexual relationship that began at Kenwood Academy: He would go back in the early years of his success and go to Lina McLin’s gospel choir class. She’s a legend in Chicago, gospel royalty. He would go to her sophomore class and hook up with girls afterward and have sex with them. Sometimes buy them a pair of sneakers. Sometimes just letting them hang out in his presence in the recording studio…Other girls were involved. She recruited other girls. He picked up other girls and made them all have sex together. A level of specificity that was pretty disgusting.

“Her lawsuit was hundreds of pages long, and Kelly countersued. The countersuit was, like, 10 pages long: “None of this is true!” We began our reporting. We knocked on a lot of doors. The lawsuits, the two that we had found initially, had been settled. Kelly had paid the women and their families money and the settlements were sealed by the court. But of course, the initial lawsuits remain part of the public record.”

It has been revealed that there were many reports made against Kelly, yet the police had filed them away. It would appear he also paid off some of the girls and their families, in an obvious attempt to keep his profile intact.

“…it turns out there had been lawsuits that had been filed that had never been reported,” says Jim DeRogatis.

Then there’s also the fact that he secretly married the late-Aliyah when she was only 15, by falsely verifying her age to a civil celebrant. He was in his late 20’s at the time.

Despite all of this, the music industry continues to hail Kelly, promoting his new album as an amazing piece of art. A child rapist such as this piece of shit, does not deserve a glorified career.

Yep, snoop shizzle ma’ nizzle, lion dog (whatever animal he is these days) is a lot worse than just a chilled-out, pot smoking rapper.

In a recent interview with Rolling Stone, Snoop revealed that he was a real life pimp, who got-off on trafficking women around the country.

“I did a Playboy tour, and I had a bus follow me with ten bitches on it. I could fire a bitch, fuck a bitch, get a new ho: It was my program. City to city, titty to titty, hotel room to hotel room, athlete to athlete, entertainer to entertainer.”

“If I’m in a city where where the Denver Broncos or the Nuggets play, I get a couple of they players to come hang out, pick and choose, and whichever one you like comes with a number,” he says. “A lot of athletes bought pussy from me.”

Right now, over 27 million humans are being trafficked – many as sex slaves. I personally have met many victims of trafficking, and most recently was approached by a Canadian woman who wanted to share with me her experiences as a teenage trafficking victim. Her story was harrowing, and deeply unjust…she carries physical and mental scars that are still haunting her years later. Snoop is a disgusting human being who shows no remorse for his part in this industry, and until the day that he (hopefully) makes a decision to right his wrongs by putting his money into organisations that help human trafficking victims, he deserves no more of our money, respect, or positive media attention.

There is currently a petition asking for our immigration minister Scott Morrison to revoke Snoop’s Australian visa (he is due to play festivals here in January) – please sign it!

So why do the art industry, and so many strong female celebrities, continuing to support people like this? I believe this article from Amanda Hess sums it up really well…

“Why would Beyoncé, proud feminist, work with Richardson, confirmed creep? Why would Gaga, proud feminist, work with Kelly, perennial suspected teen rapist? They all have one thing in common: They are bankable stars in the music industry. Beyoncé’s and Gaga’s feminism are undoubtedly important to many of their consumers, but the record industry doesn’t care about promoting women or ending child rape unless that message is selling this year.”

In talking about these artists, I have to also address the concept of promoting people who don’t deserve attention. While I call on media and the industry to boycott these artists, publicity is unfortunately a part of the process in raising awareness. When discussing this concept with a friend recently, I explained my thoughts by saying:

“Although sharing this information gives the person more publicity, burying your head in the sand unfortunately does not fix the problem either. By sharing these issues, it raises awareness of what is happening in people’s cities/countries, and allows those who are inclined to take a stand against it, to come together and do so. It also paves the way to preventing certain things from happening again, even if we weren’t able to stop it the first time.”

While it can be distressing to talk about these individuals and abuse they have been a part of, it is important. Parents, single adults, children and teenagers all need to be aware of what they, and their families are listening to.