“My heart is a gypsy – continuously searching for a home, fighting within itself, wondering whether it is weak or even right for that matter to be searching in the first place. Lonliness is what it feels like…” – Jenna Jameson. 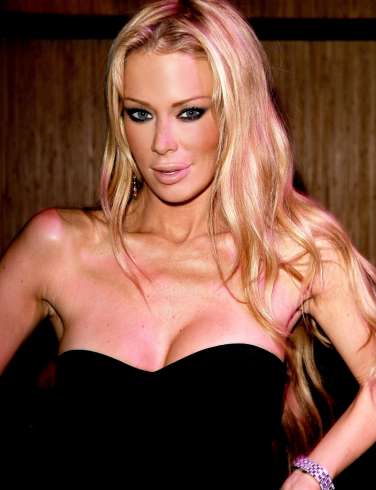 With over 100 films made between 1993 to 2008, 22 awards, and a business grossing 30million dollars a year, it would seem she has achieved the ultimate in fame and power.

But if we strip away the wealth, fame and glitz, who is the real woman behind the carefully choreographed sexual persona seen on film?

Until last weekend I had no idea who Jameson was – that is, before I made the mistake of watching a little of Zombie Strippers (worst 10 minutes of my life – ergh). However, as a graduate of a psychology major, I’m always intrigued by how events in our lives lead to particular decisions, and as a result, I’ve found myself drawn in by the train wreck that is her story.

Somewhat naievely, I typed Jameson’s name into my browser in an attempt to find out what it is that makes her so famous. As you can expect, I came across all sorts of ‘visual’ examples of her ‘success’, but far fewer of who the real Jameson was.

Sadly however, she was rejected from dancing as a showgirl due to height restrictions, and instead entered the world of glamour modelling and stripping.

At the age of just two, Jenna faced the first of many challenges to come when she lost her mother to cancer. With her father struggling to pay the medical bills from his wife’s illness, the family were forced to spend her early years living in a trailer.

Even worse to come however, were the events that followed in her teenage years. Multiple instances of sexual abuse beginning from when she was 15—which included being beaten and gang raped by four boys at the age of 16, and again the same year by her own boyfriend’s uncle—were quite clearly the beginnings of the downward spiral that was to come.

“I learned at a very young age I needed to fend for myself. I was always looking to preserve my life and what little happiness I had.” (Jameson, J., 2010).

As I sit here shaking my head in shock, so many questions burn in my mind. In particular, I wonder just how many of her ‘fans’ would stop long enough to think – or even care – about any of this. Is her sexual identity the only thing we care about?

Rape is a horrible tool used to destroy a person from the inside out. Abuse is far from just physical, it changes your psyche, your thoughts, your soul, your dreams; everything.

“They get into drugs to numb themselves…they get their [bodies] ripped…and they turn themselves off emotionally and die” (Lubben, S., 2009).

The thing is, no one will ever know who Jenna Massoli may have been had she not had to endure such soul destroying experiences.

Victims of sexual abuse often feel such immense guilt that they subconsciously choose partners and lifestyles that continue the abuse. Despite the fact that they were not to blame, many still feel they ‘deserve’ to be punished.

It is not surprising then, that these women choose a career that is centred around abuse.

Pornography celebrates everything that is not natural beauty, respect, true love, or reality. In her autobiography, Jameson explains the issues surrounding the negative self-imagery that the adult industry projects onto women and men; in particular, the celebration of plastic surgery. 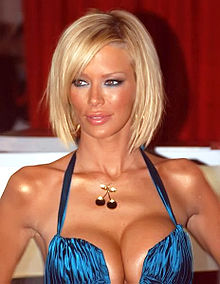 These women are presented to us as not as beautiful, intelligent, interesting beings designed to make a difference in this world, but rather, as an easy fix for our sexual appetites; a visual feast for our insatiable addictions. Disgustingly, sex workers are at often seen as nothing more than a solution to male (and female) ‘boredom.’

Jameson is the first to admit that in this industry, you are nothing more than a product.

“These guys didn’t care about seeing a show. They just wanted to see some skin. So much for my delusion of actually being respected in the world at large.” (Jameson, J. 2004, p467).

Because let’s face it, that would be a complete downer when you’re trying to get off, wouldn’t it?

Jameson reveals many disturbingly graphic instances where celebrities, industry people and everyday men and women abused her, or assumed that because of her career she must love nothing more than to be treated as a sex toy.

“Whenever we were together, he treated me like a princess. But in bed, the sex had to be dirty and he’d treat me like a slut, shouting obscenities and constantly trying to stick his finger up my asshole while fucking me, which is an acquired taste that I just never acquired…

Stop for a moment and think about this: if pornography isn’t destructive, then why does it require women to change their bodies, turn to drugs to numb the pain of what they are experiencing, and accept physical and verbal aggression as the norm.

Forced to hold pose after pose for hours on end until their knees buckled, their backs bowed and they limped off set… these are just some of the brutal moments experienced by women in the industry.

Does this sound at all like something any woman would want; let alone gloat about?

Men—Is this the way you would want your sisters or daughters to be treated?

Jameson has achieved success, fame and ‘power’ in the adult industry, but at what cost has this come to her soul?

It is so easy for women especially, to hate adult stars such as Jameson. With her peroxide blonde hair, fake breasts and pouty lips, many of us simply see another whore. Just like men, we see what the industry portrays to us.

So in my quest to find out who the real ‘Jenna Jameson’ was I delved deeper, taking the time to read her thoughts and to put aside my prejudices. 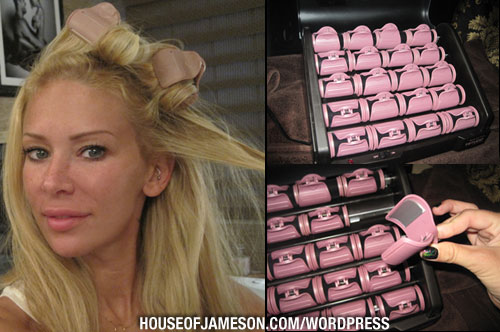 I found a few snippets on her website ‘House of Jameson’ that I feel actually revealed a little of the real Jameson. On this site there is no explicit adult content, rather it is a place where she can respond to fans questions; small things such as her skincare routines, to more personal questions about her strength through tough times.

I feel it is one of the few online spaces where she can be free.

Yes, Jameson has made some poor decisions. And as a woman I just can’t condone her belief that she has helped to pave the way for a cleaner industry, because every account I’ve read (including her own) has told of an abusive, cruel and dangerous world not made for humans.

That said, I am horrified at what she has endured. I am angry about what this industry is doing to our young men and women today.

I just wish that Jameson had never had to see the inside of this world herself.