“When you’ve been conditioned to believe you’ll never achieve anything, stepping up can feel terrifying.”

As someone who lives with anxiety, and is also a survivor of family violence and sexual assault, I guess you could say that stepping out of my comfort zone doesn’t come naturally.

The truth is, even though I’ve managed to achieve some huge goals during my career — like writing and publishing my book ‘Reasons to Live’, and seeing it inspire people all around the world — there was a time where I felt ‘stuck’ as to how to move forward to ‘something bigger.’

Deep down, I knew I had an important message to share with the world. But trying to promote the book on my own, while looking after a baby and being a solo parent for half of that time while my husband was deployed, was exhausting. After all, I’m a professional writer & editor — not a PR expert.

And as I soon discovered, unless you have the celebrity presence of someone like JK Rowling or Jordan Peterson, you’re unlikely to sell enough books to actually quit your day job!

Except… I didn’t even have a day job. I was still a stay-at-home mum to a one-year-old.  So, in that moment, I found myself standing at a crossroads and wondering:

‘Is it time to give up and go back to ‘working for the man?’…Or do I give my career my all?’

QUITTING BEFORE I’D EVEN BEGUN…

Jumping on Instagram one morning, I saw ‘one of those’ ads.

You know the ones… Some smug person gloating about how they went from zero to six-figures. ‘Sign up for my webinar!’ ‘Live the laptop life!’ ‘The funnels that will make you rich!’

Yawn. I don’t know about you, but nothing turns me off quicker than someone trying to trap me in their funnel with an emotional hook about becoming a millionaire. (We all know how these ads work — as life coach/comedian JP Sears says, once you get in their funnel, you ain’t ever getting out!)

But then I saw something interesting. It was a post from American marketing and PR Strategist, Selena Soo, sharing about the difficulties of being a heart-centred introvert…

The struggle between knowing you have a message that could impact millions, but not wanting to step into the limelight.

Like myself, Selena had spent years working for other people’s businesses, while battling depression and anxiety.

Why? Because deep down in her soul, she knew that she had something much bigger to share with the world — something that couldn’t be fulfilled working for someone else.

Eventually, Selena decided to take the risk and walk away from a steady non-profit job to go out on her own — and in the process, she finally found her calling, the thing she was a pro at: connecting her clients to big-name businesses and entrepreneurs, and helping them achieve massive media coverage…

GOING AFTER YOUR DREAMS, EVEN WHEN YOU’RE AN INTROVERT

“For so much of my life, I’ve struggled with shyness and felt like a fish out of water.” — Selena Soo, Marketing & PR Strategist.

What really stood out to me, though, was how much Selena had been able to achieve as an introvert who — in her own words — ‘struggled to even make small talk at a cocktail party’.

Damn. As an introverted person myself, those words really hit close to home.

Networking events? Eww. Talking to people on the phone? Get away from me. Yep; as an introvert, I know the struggles.

(Which may surprise people, given that I am a Freelance journalist, and interviewing people on the phone is literally my job… Let’s just say I’m good at ‘putting on my media mask’ when I need to). 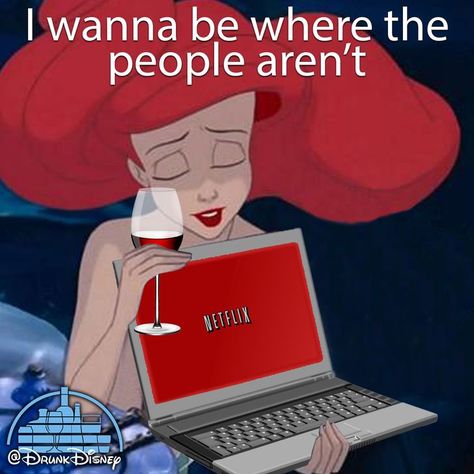 I looked into Selena’s work, and I was confident that she was the person who would be able to help me finally get my business off the ground; to get my message of hope and suicide prevention out to more people, in a shorter period of time.

But even then, I still had one foot out the door. It was like I was clinging to the door frame and peering out toward the future, while simultaneously telling myself it was all too overwhelming.

WHY, ON EARTH, DO WE SABOTAGE OUR DREAMS?

The truth is, I was scared; scared to take a step forward and scared to invest in myself. I had every excuse for why I shouldn’t step out of my comfort zone.

‘I can’t afford it.
It’s selfish of me to use my own savings on myself.
I should use this money for our home loan, instead.
What if I fail? What if I take this risk and I don’t get any clients?

Yes, I was shit scared. The thought of investing over $6K into a course was terrifying for someone like me. (I’m the kind of girl who loves buying second-hand clothes and will park kilometres away from the city just so I don’t have to pay for parking).

But as I broke into tears that night, thinking about how exhausted I was trying to learn everything on my own, and my dreams for helping more people around the world to defeat the beast that is mental illness, I realised something…

Here I was struggling, knowing deeply that I needed help — and yet I was too afraid to take that first step of reaching out for support. In truth, my fears around taking a risk on myself, weren’t that different from the fears many people experience when dealing with mental health issues.

And so, with the support of my husband and family, I decided to be brave. I chose to believe that I was worth investing in, and to commit to investing every dollar I’d saved, in order to reach more people with my message of hope.

When your early life has been spent with an abusive father who constantly tells you you’ll never achieve anything, stepping up feels terrifying.

One of the biggest mantras I had to commit to early on, was to stop ‘hoping’, and to start ‘believing.’

I swapped my inner thoughts of ‘I really hope this works,’ to ‘I know this will work.’ For the next 30 days, I made it my mission to spend at least 5 minutes per day, working on my business.

Interestingly, as soon as I changed my mindset and began to look at everything as a possibility, instead of a chance to fail, I grew stronger in my belief that I was on the right track; that there was something bigger in store for me.

And let me tell you, when you spent most of your teen years being conditioned by your father to believe you’d never achieve anything, well, that’s pretty huge.

The most surprising thing, however, was that I no longer felt exhausted. I was earning more money than ever, yet feeling less drained. I was getting clients, doing less work, and only attracting people who believed in my work and knew the value of my services.

Was it worth it? …Undoubtedly.

Yes, it’s been awesome to succeed financially, but the journey has been about so much more than that.

Learning to believe in myself, and most importantly, my value as a business owner and writer has been truly empowering.

Having people hand select and trust me to help them bring their stories to life — including the most intimate and taboo details of everything from incest and domestic violence, to institutional abuse and mental illness — has been humbling.

Looking back at the Jas who was terrified to invest in her own dreams and skills, just a few short months ago, is bewildering.

Imagine how much I would have missed out on if I had simply kept making excuses and staying in my realm of comfort?!

The truth is, if you want more for your life, you will always have to step up. Yes, it’s going to be scary, at times. 100%, you’re going to feel out of your comfort zone, and have times where you question your decision to do so. But you’ll never grow if you don’t.

Honestly, I owe so much of my business to Selena Soo, and for her wisdom, I am forever thankful!

But most of all, I owe it to that one decision six months ago; the decision to believe in my dreams, and to stop letting fear of failure rule my life.

JAS RAWLINSON is an Australian author, freelance journalist, and writing coach, who specialises in helping people who’ve overcome severe adversity to write their memoirs. Follow her Facebook page ‘Thoughts from Jas’ or check out her free guide on the #1 secret to getting your story out of your head & onto paper.