Poverty in Australia is not a topic of surprise; each week many women and men struggle to put food on the table – particularly pensioners.

An oeCD report into pensioners in Australia has found that our country has ‘one of the highest rates of poverty for people aged over 65’, with one in four retired adults suffering.

While these statistics are not really surprising, the lengths that pensioners are going just to survive, is indeed shocking. Below is the account of a woman who I met today in Brisbane, and how her story moved me to tears.

It was meant to be a lazy Sunday morning. I planned to drive into the city, have a stroll around the shops and do a little research for some upcoming articles I was planning to write.

While strolling along Queen street, I heard a quiet voice from a nearby park bench asking me if I had any spare change. Now, usually I’m a little uncomfortable about giving money to people on the street (personally, I prefer to buy the person groceries or something physical),  but as I looked at the large, unkempt woman I decided to see what I had in my wallet. As I looked for some coins I asked her how she was, and if she usually found people willing to help her out.

“There are some lovely people, generally people are pretty helpful”, she said.

I thought about my own attitudes to people on the streets and thought that there was no harm in sparing a few dollars for somebody, regardless of whether they were poor or not. As I went to give her some money she began talking to me about her life, and why she was sitting on a park bench asking for change.

Her story was both moving and sad; but most of all, important for people to hear.

Talking to strangers generally makes me feel uncomfortable, and 99% of the time I would be in a hurry to move on as quickly as possible – which is why I was so shocked to find that an hour later I was still there; crying as I sat with my arm around a woman I’d just met.

This woman, whom I will call Ursie, has been through so much. At 58 years of age, she is almost the same age as my mother and yet she looks 15 years older; her face tired, her eyes clouded and heavy with tears, her voice heartbreaking as it speaks stories of betrayal. The more she talked the more I realised that this was not so much about the money, as it was about human interaction.

“If my father knew I was here asking for money on the streets, he would disown me. But I do this because I want social interaction, I want to talk to people,” she says.

I could tell this was not a person trying to scam me out of money for drugs or alcohol; she was simply a human being who wanted the simplest of requests.

Ursie lives in a housing commission area, where her neighbours are transvestites and prostitutes. She barely gets any sleep or peace, and struggles to walk up the stairs to her room as she has osteoarthritis and dermatitis on her legs. She struggles to pay for groceries, and has virtually noone to talk to, other than an ex-partner who constantly tries to scam her out of money – which he then uses for alcohol.

“I know he is using me. I know I need to get rid of him,” she says. With a great sigh Ursie confesses what I know is the root of the problem.

“But I’m just so lonely,” she admits.

Ursie is an intelligent woman and  she tells me she knows this is true. I talk with her about some ways to make sure she doesn’t fall for his tricks again, like writing down in a journal every day why she doesn’t need him.

She agrees, and then jokes, “That’s it! I’ll put a sign up in my house that says ‘Piss off John!’ and I’ll read it every day and say it out loud!” We both laugh. But any laughter is soon replaced by the clouds of sadness in her eyes, and she begins to talk more about what she has gone through. She talks in a ramble of words. So many things she wants to say. What she shares next breaks my heart.

I collapse beside her and put my arm around her wide shoulders as tears begin to escape from the corners of her eyes. I am overwhelmed.

People pass us by, taking glances at two women, three decades apart, sitting together crying quietly on a park bench.

Ursie admits that this was quite some time ago, and she knows she doesn’t want to do that ever again. She would rather sit on the streets asking for money. Her brief account of what happened is sickening, and only proves to me further that the pornography and prostitution industries are growing more and more out of control, if everyday men are taking advantage of pensioners.

“I lay there while this disgusting creep did what he wanted, and when it was over I got up to go to the bathroom,” she tells me. “But he stood there and said to me, ‘I’m not finished with you yet.’

I feel a sickening in my stomach…

“… I told him to give me my money and let me go to the toilet first before we did anything more. But after I went to the toilet I ran,” she admitted.

This is not a young girl running from a predator. This is a woman who is the same age as many of our mothers.

I felt that if all I did was gave an hour of my time, to listen, to show her some affection, that was at least something.

I’ve promised I will call and check up on her soon, and perhaps we can get together and have another chat. Her face brightens when I say this; some hope returning to her tired, heavy eyes.

The next time you see somebody in the street asking for money, even if you don’t have any change, try to take the time to at least say a kind word to them. You may be the only person who smiles at them that day.

For anyone who is interested, I’m thinking of perhaps putting together a few dollars for Ursie each month. Nothing major, just maybe 5 dollars a week. If anyone is interested in helping this woman and wants to donate some food, bedding, hygiene products or a few dollars, send me an email. 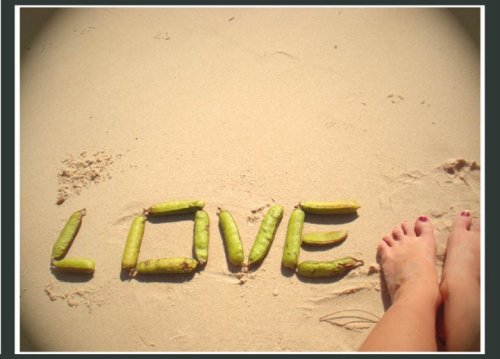 EDITORS NOTE: Shortly after meeting Ursie I contacted her and left a voicemail on her phone. As I was at work, I missed her call when she phoned back. It is something that has often haunted me, as I have never heard her voice again since. I have left countless messages and even visited a police station. But without knowing her address or last name, there has been little I can do to find her. Everytime I phone her number, it goes straight to voicemail. I can only hope that she is safe, and that perhaps one day we will meet again.